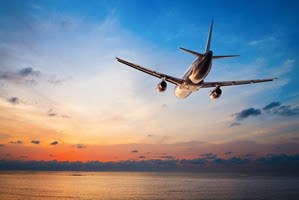 A group of 162 tech companies have signed on to oppose President Donald Trump’s second executive order seeking to ban travel to the United States from six countries.

A majority of tech giants from Amazon, to Facebook and Google are all signed on to the document filed on April 19th.

The second executive order was halted by the courts because of a finding of religious discrimination but the tech companies argue the President has exceeded his authority.

“Congress in 1965 prohibited discrimination in immigration decisions on the basis of national origin precisely so that the Nation could not shut its doors to immigrants based on where they come from—but the Order does just that,” the brief states.

The document goes on to state the new order will hurt business and the economy as a whole.

“It hinders the ability of American companies to attract talented employees; increases costs imposed on business; makes it more difficult for American firms to compete in the international marketplace; and gives global enterprises a new, significant incentive to build operations — and hire new employees — outside the United States,” the brief states.

The tech companies laid out their argument by showcasing the contributions immigrants have made to American culture.

“Some, like alternating current (Nikola Tesla), power our world. Others, like nuclear magnetic resonance (Isidore Rabi) and flame-retardant fiber (Giuliana Tesoro), save lives. And yet others, like basketball (James Naismith), blue jeans (Levi Strauss), and the hot dog (Charles Feltman), are integral to our national identity,” the brief states.

The tech industry is asking the Fourth District Court of Appeals to agree with a district court’s decision to stop the implementation of President Trump’s second executive order.