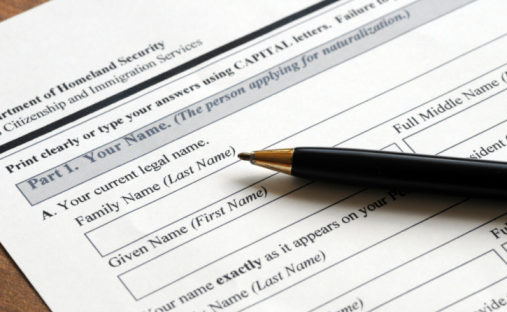 Although most naturalization applicants are required to take citizenship tests, the United States Citizenship and Immigration Services (USCIS) does make exceptions or offer help to some immigrants. The USCIS also gives special accommodations—help—to people with disabilities.

Exceptions & Accommodations for Applicants Over Age 50

The USCIS makes certain exceptions to the citizenship test for naturalization applicants over age 50.

People who have been green card holders for more than 15 years and who are at least 55 years old don’t have to take the English test either. This is the 55/15 exception.

The USCIS still requires you to take the civics (U.S. history and government) test even if you meet the 55/20 or 55/15 exception. However, the USCIS would let you take the test in your native language. You must bring your own interpreter who can speak both English and your native language.

The USCIS gives you special consideration about the civics test requirement if you’re at least 65 years old. This means you only need to study questions identified by the USCIS.

Exceptions & Accommodations for Applicants with Disabilities

People who have physical, developmental or mental disabilities might not have to take the English or civics tests. You can file Form N-648, Medical Certification for Disability Exceptions, with the USCIS if you have one of these disabilities. The form must be completed by a licensed medical or osteopathic doctor or a licensed clinical psychologist.

The USCIS will give people with certain disabilities, such as mental disabilities, more time to complete the tests if they need it. It will also provide an American Sign Language interpreter to people who need one. The USCIS will also let an applicant’s relatives come to the test and help with paperwork. You can also ask the USCIS to let you take your examination off-site. For example, people who can’t go to a USCIS office might be able to take the test at their local library or another public place. The USCIS will make these accommodations on a case-by-case basis.

USCIS officers will sometimes grant exemptions—also called waivers—to applicants who don’t need to meet a certain requirement. For example, they sometimes give waivers for the English and civics tests, which would mean that you wouldn’t have to take them. A waiver of this kind is usually given because of age or disability.