NextHow much does it cost to become a US citizen in 2018? (Is It Worth It?)
Previous
BlogCitizenshipImmigration NewsNews 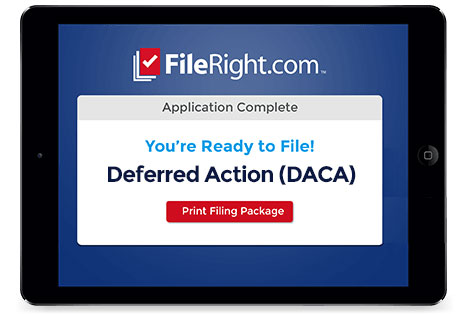 After two weeks of being in Immigration and Customs Enforcement custody, DREAMer and Daniela Vargas, 22, was recently released, according to her attorney.

Vargas was detained by immigration agents after a public appearance in early March where she was critical of Immigration and Customs Enforcement’s recent raids across the United States. Vargas spoke out about the recent arrest of her father and brother before being arrested herself.

“Today, my father and brother await deportation, while I continue to fight this battle as a DREAMer to help contribute to this country, which I feel that is very much my country,” she told reporters.

Vargas was arrested shortly after the public appearance.

A CNN report states at the heart of Vargas’ issue was the fact she was unable to afford the $495 fee to renew her Deferred Action for Childhood Arrivals or DACA.

Because of the economic issue Vargas’ DACA status expired in November of 2016, according to the report. Her attorney told CNN Vargas started the renewal process in February of this year the same month her father and brother were detained by immigration officers.

One of FileRight.com‘s immigration attorneys advises it is critical to keep all immigration documents, from Green Cards to DACA, up to date.

“Failing to do so could endanger your future in the United States,” the attorney said.

FileRight.com makes immigration paperwork easier and helps avoid mistakes that can cause a delay in processing or loss of fees. To get started just click here.